Meet Kerri, our I AM BSHEmoth for the month of March! From being a military wife, a full time worker, a mother of four and moving more times in a short period of time than many do in a lifetime, it is safe to say that Kerri has learned to embrace life at its fullest! In the midst of everything she has going on, Kerri has been sure to prioritize herself, her heath and her fitness to ensure that she leads her family by example. Since beginning her journey at Behemoth, we have been inspired while watching her "do it all." Read her story below and you will know exactly what we mean!

Who are you? Tell us a little about yourself or something that would surprise us.

I was born and raised just outside of New York City, which will always be ‘home’ to me. My entire family still lives in the area, so we travel back often. Since I left for college when I was 17 I have never really settled down. I attended four different colleges in three different states, and one in Sydney, Australia. I met my husband Brian the day I moved to San Diego in 2002 and from there the real fun began. Bri was an active duty Marine and I quickly got the crash course in war time deployments, base navigation, and every-other-year cross country moves, all while managing my own corporate project management consulting gig and planning a wedding with the groom overseas (which I still don’t think was a coincidence).

Then came the babies… we had our first daughter Emmy in 2006, she’s a 5th grader now. Then Genevieve came in 2007, she’s in 3rd (and may be again next year if she keeps up her in-school shenanigans). In 2008 came - oh wait, 2008 was a skip year. 2009 - Brian finally got the boy he was praying for (only because he was terrified of having three girls in high school simultaneously). That was Liam, he’s in 2nd grade. Ryland, our crazy ‘your rules don’t apply here’ Kindergartener, rounded out the Seiffert Six Pak in 2010. The answers to 99% of the questions I’m asked about them are: ‘No, there are no twins’. ‘Yes, they are all mine’. ‘I have no idea, 2007 - 10 now is a complete blur’. ‘Having four is completely insane and they are definitely going to put me in a padded room a lot sooner than later, but I still wouldn’t change a thing’.

Now we are settled here in TX, hopefully for more than just a few years, and I’m still a project manager by trade with four direct reports, several impossible projects, multiple conflicting timelines, budget restraints, and at least 1-3 Human Resource problems per day.

We moved to Cypress 2 1/2 years ago when my husband retired from the Marine Corps after 21 years. After a decade of deployments, five major cross-country moves all while having and raising four small kids, I was beyond exhausted and personally lost. In less than ten years I went from business meetings, high heels, a full social card, and amazing world travels to two showers a week, seven consecutive years of diapers, kid scrap meals, and only occasional interactions with the outside world, which was completely foreign to me yet again after another move.

Two years ago over a teary Valentines dinner, my husband insisted it was time to take a step back, carve out some time, and finally do something for myself again no matter what impact it caused on our regular routine. That simple gift of convincing me to take time back for myself was the most thoughtful and supportive thing he has ever done for me.

More than anything, I missed being fit. I started competitive sports when I was eight, played just about every sport they would let me, and never gave up intense exercise until the week before I had Emmy. After she was born, I stopped exercising entirely for the next nine years. The day after our Valentines dinner I mapped out a fifteen minute wide circle around Ryland’s preschool and started looking for a gym. My criteria was NO big gyms and it had to have a 9:30 morning class so I could race there after my 9:15 preschool drop-off. I had been intrigued by CrossFit and was interested in giving something entirely new a try. After some online research and reading through lots of 5-star ratings, Behemoth seemed to fit the bill. In summary, luck, fate, God’s hand… whatever it was, I was blessed to have walked through that door.

I am certainly proud of how far I’ve come physically. With the exception of the “baby years”, I’ve considered myself a competitive athlete my entire life. After two years of slow, steady progress, at 41 I am stronger, faster and holistically healthier than I have been in my entire life. There’s a lot of satisfaction knowing I could probably hand the 25 year old version of me a smack down.

But hands down, my greatest sense of accomplishment has been a complete change in how I think about and approach fitness. In and out of a gym, I’ve always been pretty intense, always goal and reward driven. In the past, unless I accomplished something monumental, I often discounted the effort as a failure. I started with that mindset at Behemoth, I would often look around comparing myself to others, beating myself up if I hadn’t been able to do something I thought I should be able to do. In the beginning there were lots of times when I thought I just wasn’t cut out to be here. But gradually, thanks to the coaches and my friends here at Behemoth, I’ve learned that my health and fitness is not a competition, it has no finish line or Rx weight. My schedule only allows me to squeeze in 3 classes a week, which inherently means I’m never going to see dramatic gains in the short term, and for the first time I’m genuinely ok with that. I’ve learned patience and restraint, that it doesn’t have to be big, flashy, or end with a gong for me to feel pride in the journey. Don’t get me wrong, I love smashing a heavy PR as much as the next gal, but a perfect form push up, a long weighted plank, or even stringing to gather a few stinkin’ toe-to-bars still makes for a pretty awesome day.

Is there a word cap on this answer? At first it was only because the coaches seem to know what the hell they were doing, I really needed someplace close to preschool, and it seemed like a good place to convert some mush to muscle. Fast forward two years, those answers have certainly changed.

First and most importantly, because Aja, Aryan, and Leah have poured their heart and soul into this place and it radiates from every aspect of the Behemoth experience. They genuinely care so much about the wellness of each of us, that learning how to lift weights and move properly is only a small part of the impact they have. Learning about what true nutrition is, the importance of rest and how to get it, even how stress (which is hard to dodge in my house) can impact just about everything, it has changed my life in so many ways. Their advice and coaching has not only impacted the way I live, but the way my entire family lives, and we are all better off for it. The day you convince a Marine to drink coconut oil in his coffee, you know something magical is happening. Grateful doesn’t begin how to explain how I feel about having them as my coaches and my friends.

I come to Behemoth to take a break from my daily chaos, to recalibrate myself, to concentrate, focus and work really hard at something that is completely my own. In theory, I might be able to do that at lots of different places, but I could never find the same community anywhere. At Behemoth I get to surround myself with some of the most inspiring, genuine, and supportive humans I’ve ever met. This family has pushed me, laughed with me (and at me), celebrated with me, cried with me, and taught me more than I could have ever anticipated walking through that door two years ago. I couldn’t imagine walking this path and staying committed to it without being surrounded by these people I’m beyond lucky to have as friends.

Getting back in shape and feeling healthy again may have been the reason I walked through the door back in 2015, but now being in the best shape of my life is just the icing on my proverbial coach/community cake.

What next? What are you excited about pursuing here in the future?

I still really believe that I’m just at the start of a very long road and I have so much more to learn and build on. In the gym, I’m still focusing on improving the basics - push-ups, double unders, and unassisted handstand holds are my primary focus. Lofty goal for this year is being able to do a few muscle ups, but I’m still a long way from that.

I mostly want to continue learning about nutrition. I’ve been focusing a lot of my time outside of the gym on what we eat and how to minimize sugar and processed foods as much as possible from our lives (which often feels like an insurmountable task with kids). I want them to be raised understanding what real and wholesome food is and how it needs to be the standard, while ‘treats’ are ok from time to time as the exception. Focusing on growing the bank of recipes and options that are yummy, keep the locusts fed well, that don’t require lots of time to prepare, and don’t require us to take out a second mortgage to fund, is something I really need to lock-down before I’ve got four all-consuming teenagers!

-My favorite lift is… is running 400s with plates considered a lift? I also love a

-My most frequent class I come to is… 9:30am and occasionally 7pm to keep it

- I have always wanted to… hike Machu Picchu, see the Egyptian pyramids, and get my kids to close the door when they pee.

-When I’m not crushing weights, my favorite thing to do is… drink wine while overlooking the Pacific Ocean with my friends, but mostly I just drive my minivan around Cypress like a crazy person trying to figure out where the hell my kids are supposed to be, while yelling at them for not getting their homework done.

-Favorite “application of fitness” outside of the gym is… practicing sports with my kids. I love that I can still grab a mitt, soccer ball, lacrosse stick or basketball and put them through the paces like a boss. Granted I may be talking about elementary aged kids, and my 10 yr. old constantly reminds me that my time is almost up, but whatever - I’ll still show them up for as long as I can.

-Favorite Pandora station… the station that makes Les Dalenberg dance in our 9:30 class, if Les is dancing it’s gonna be a good day!

-Beast mode engaged when this song comes on… The Choice is Yours - Black Sheep circa 1991. Can take the girl outta NY but not the NY outta the girl. 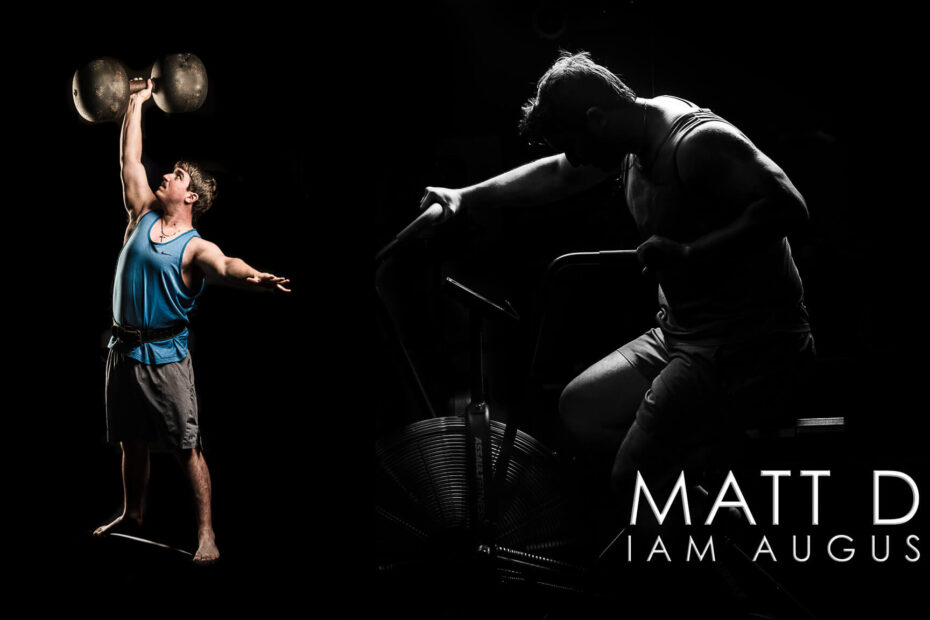 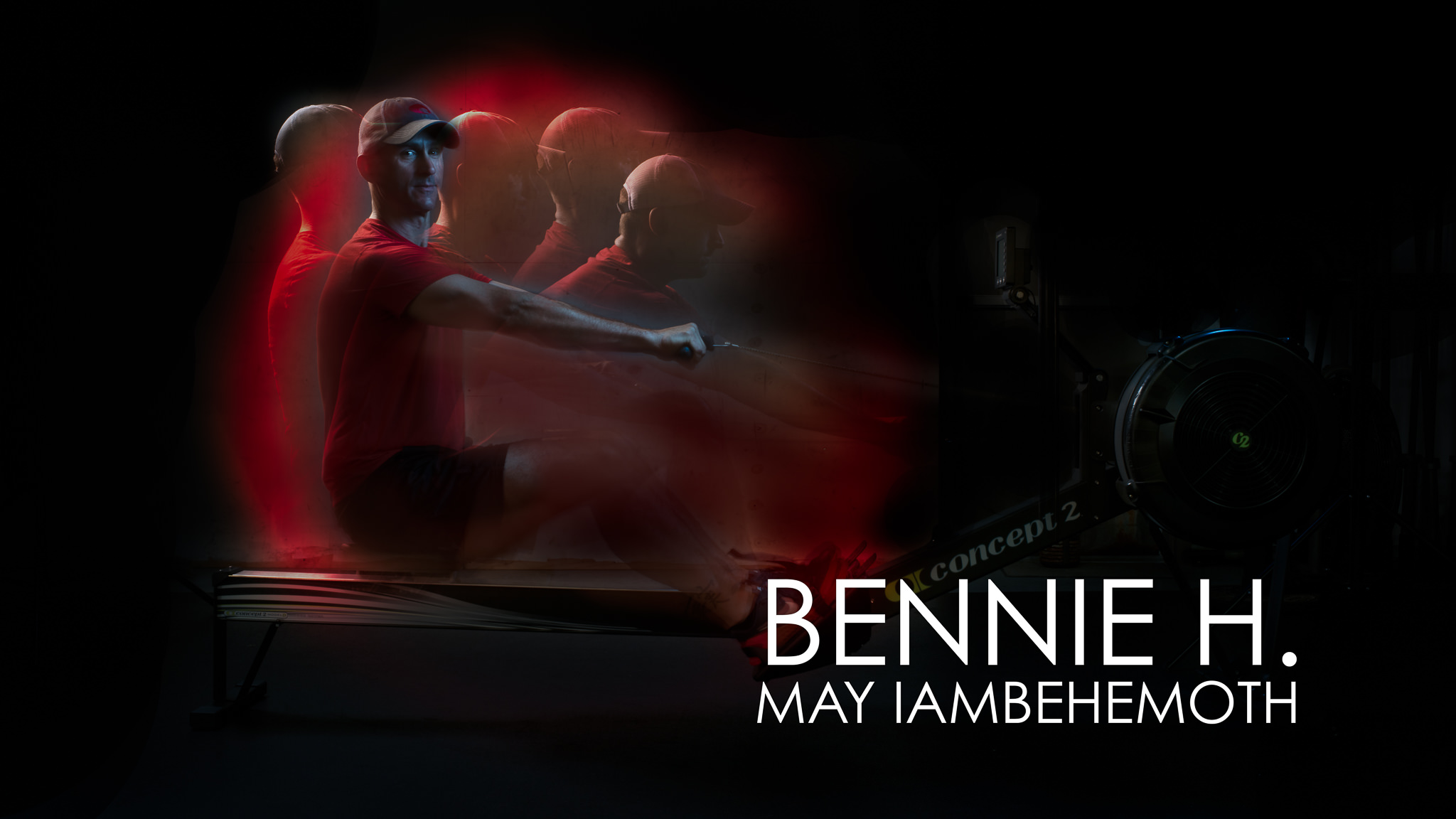