Mark is our I AM Behemoth for the month of January and kicks off 2017 by sharing his awesome journey! It has been awesome to watch Mark transform both mentally and physically since day one with us and we know that this is just the beginning for him! Overcoming some athletic and lifestyle speed bumps, Mark has now hit the ground running and continues to pave the way in un-tapping his potential!Who are you? Tell us a little about yourself or something that would surprise us. My name is Mark Bolin. American by birth, Texan by the grace of God, and born and raised in Houston. My fitness journey began in the 7th grade with an effort to join my junior high school basketball team. Sadly, it also ended in the 7th grade when I didn’t make the team. I did join the track team that year, but my consistency of getting last place every single race and the timing conflicts with choir practice, led me away from athletics. I was then given a guitar, which easily replaced athletics at that time in my life.

As an adult and living on my own, I had a great need to learn to cook. There are no cooks in my family and dinners got kind of rough, so I grew up on a lot of cereal and grilled cheeses. I decided I did not want to eat that anymore, so I taught myself to cook. I remember the first thing I decided to cook was shrimp creole. Hard lesson number 1 was when I mistook a whole bulb of garlic for a clove of garlic. WOW, don’t do that! I was sweating garlic for days! A few learning curves aside, cooking has been great fun in my life and therapeutic at times.

I was introduced to Behemoth by my wife, Andi, in 2014. I joined shortly thereafter in January 2015.

I am most proud of simply doing something physical, which ironically, was a mental feat for me. I had sat on my butt most of my life, with no real desire to get up and move around just for the sake of moving around. It has become clear, a sedentary life is not a healthy life.

Additionally, I’m mighty proud to say that as of August 21, 2016, I am a non-smoker. I had smoked a pack a day for nearly 20 years! 20 years! That’s just awful. I had assumed that starting at Behemoth with the running, jumping, sweating and what not, that quitting would just be automatic and even easy. But that was simply not the case for me. Quitting was a process. I failed several times. I learned from what I had read and from talking with others with addictions, that everyone is different and therefore, their particular process to change will be different. I found for me the process did not start with the exercising as I had initially thought. The exercising was absolutely there to help cope and to stay focused, but the process most definitely began and ended with an honest effort and an honest desire from myself to actually make the change and quit. And as hard, uncomfortable, and awkward as it was…I’m proud to say that battle is over and that I am a non-smoker! Thank you to my family, friends, and coaches for all being there along the way!

Honestly, I originally got into CrossFit just to have a shared interest and activity with my wife. She had been doing CrossFit since before we even met. She had been convincing me to join her former box, but it never really appealed to me. Once she joined Behemoth, along with some of her friends, I’d overhear them discussing the differences between the gyms and it always came down the coaches and their techniques, approaches, and hands on training methods. I was very apprehensive to join as I wasn’t really comfortable with any of the movements I’ve heard them talk about….a burpee, a snatch, a Turkish get-up, and WTF is a man-maker??? It all sounded scary. But they were right, the coaches are all welcoming, understanding, and knowledgeable and made learning CrossFit entertaining and safe. I feel my fitness journey is just as much their own. And I know that they will be there, both for me and with me.

What next? What are you excited about pursuing here in the future?

Up next is food. I’m excited for 2017! I feel I’ve got the ‘get up and move’ aspect incorporated in my core lifestyle, so now it’s more than time to start focusing on the fuel.

-My favorite lift is…

-My most frequent class I come to is…

-I have always wanted to…

Lift my own body weight over my head.

-When I’m not crushing weights, my favorite thing to do is…

-Favorite “application of fitness” outside of the gym is…

Yard work or playing with the Great Danes.

Eye of the Tiger Radio, but anything with a guitar really.

-Beast mode engaged when this song comes on… 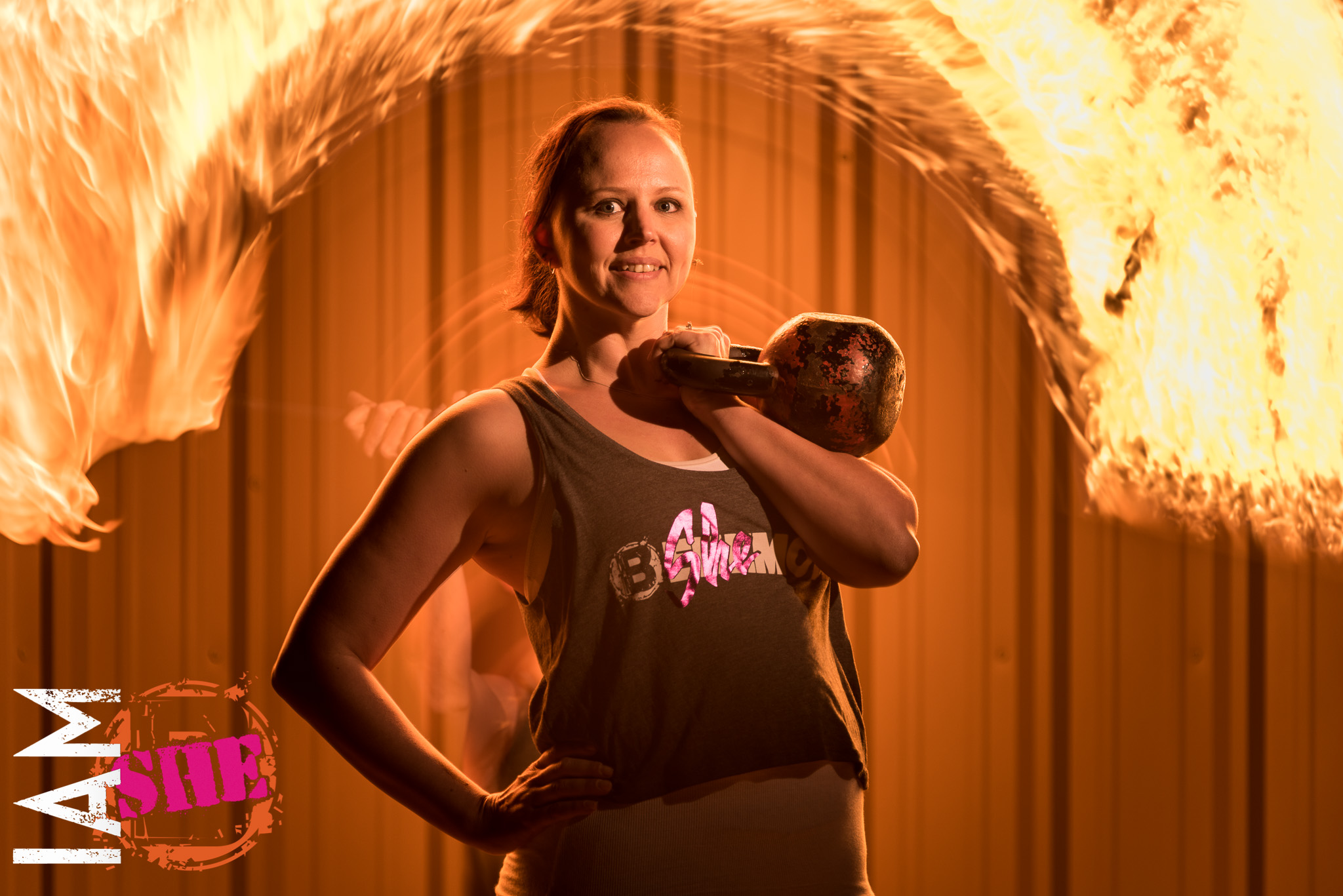 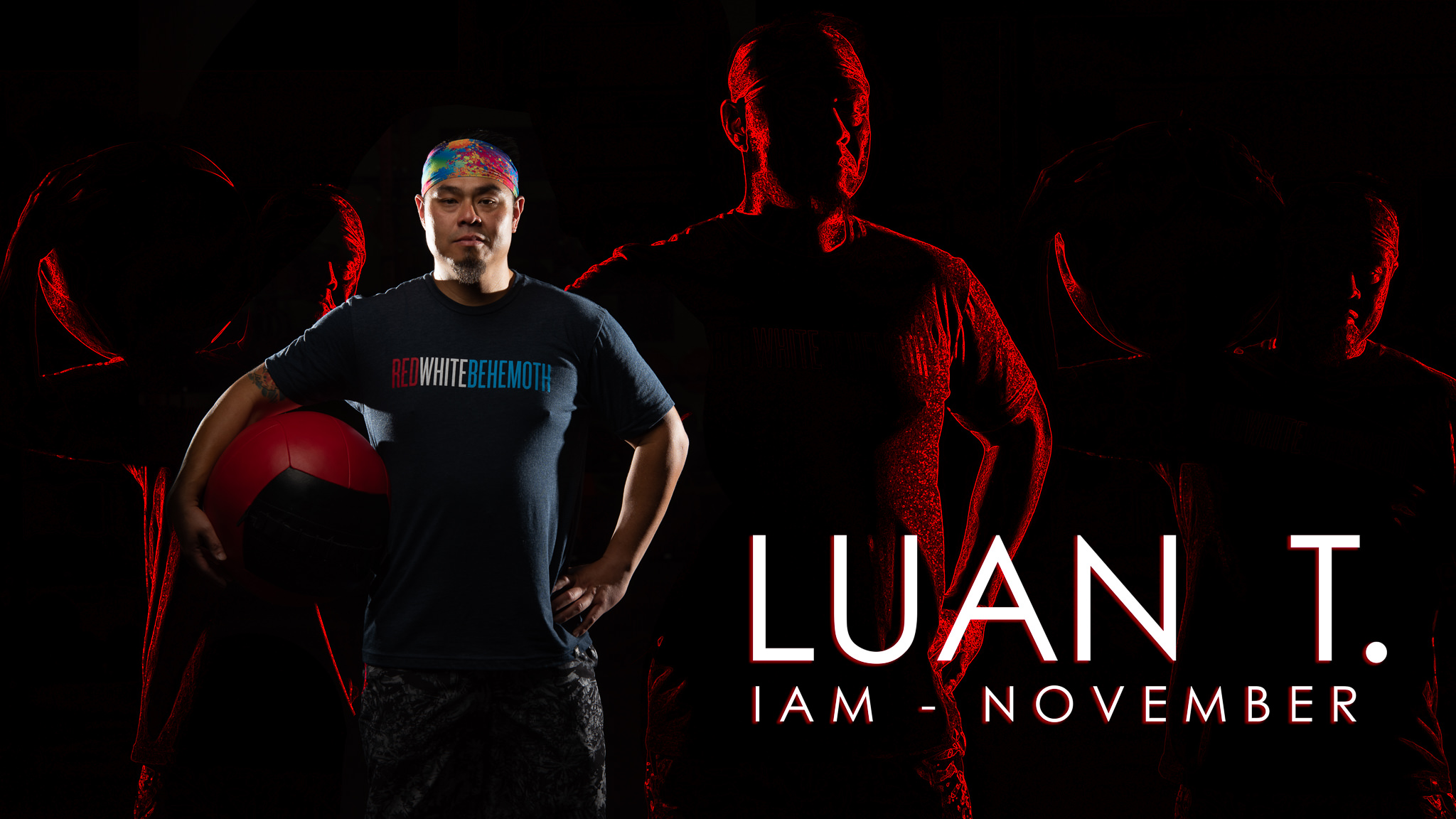